Liverpool will want a quick turnaround following their loss to Atalanta. Can Brighton hold them off? Here are our predictions and betting tips for Premier League Matchday 10. 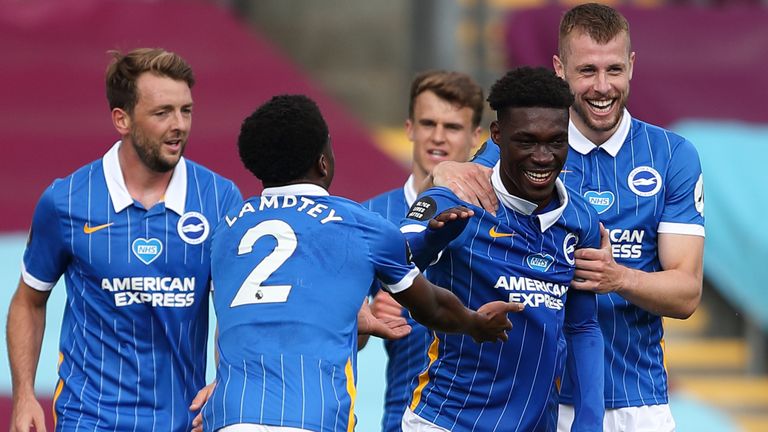 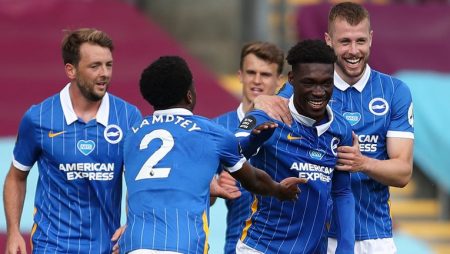 Home ground advantage coupled with a battling attitude would normally bring hope to the Seagulls that they could get something from their Matchday 10 fixture with Liverpool. Unfortunately, without spectators to rally the squad and welcoming the joint table toppers, it doesn’t look too promising.

We suspect this probably means the three-points will be heading on the coach north on Saturday night.

It has been a disappointing Premier League campaign so far for the Seagulls. Performances haven’t given the Seagulls the points or table position to match. While a Solly March stunner secured three-points away to Aston Villa in Matchday nine, they now face the Reds and will have to double their efforts if they want to snatch anything from this match.

If they manage to pull out an excellent performance on the park this weekend then the absolute best they should expect will be a hard-fought low scoring draw.

We suspect Danny Welbeck to get onto the score sheet and Aussie keeper Mat Ryan pull off some amazing saves to keep them in the game.

Riding high on their away success at Villa Park, the Seagulls are likely to start with an unchanged side. Tariq Lamptey will be missed following his red card in injury time last week but with Davy Propper, Christian Walton and Leandro Trossard hopeful of being passed as fit-to-play, the home side will hold onto some hope.

For Brighton though, they have quite the list of injuries and a couple potential returning players

Following on from the success of their trial welcoming fans back into the American Express Community Stadium, Brighton is gearing up to welcome fans back. Unfortunately, that will be in the game next month versus Southampton. Shame, because the team will need the atmosphere in this match!

The Reds have had a rather different season to 2019/20, mainly due to the enforced changes to their defensive set up. The long term injuries and CoVid-19 affecting some of their international stars have had a detrimental effect. Still, they are competing and are currently joint table-toppers in the Premier League.

The possible return of Mohamed Saleh and a couple of others missing from their dominant win over Leicester City will give the Seagulls plenty to worry about. The Liverpool squad has strength in its depth and that is why they are still able to call on someone to cover any hiccup in Jurgen Klopp’s planning.

For Liverpool there might be some movement on the injuries and returning players front, including:

As is often the case – it is hard to look past the Reds in this Matchday 10 fixture. Brighton simply doesn’t have the depth of manpower, form or strength to withstand a likely onslaught from the Liverpool attack.

Our prediction is a 3-1 win for the Liverpool, helping to solidify their spot as Premier League leaders after a quarter of the season.