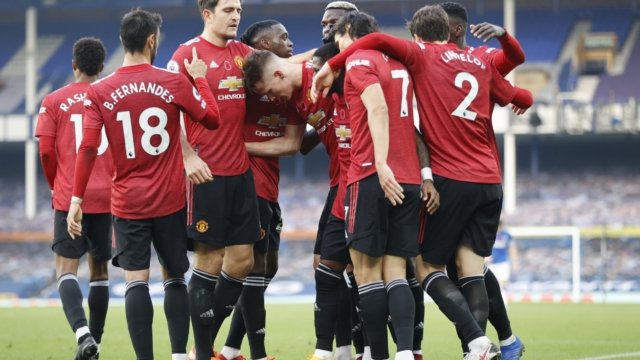 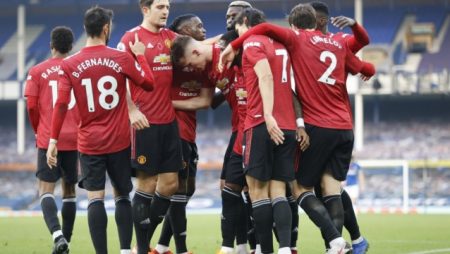 With the Red Devils attacking prowess from not only their star international strikers but from their midfielders as well, this should be a high scoring match. The Baggies have been competitive through parts of their recent Premier League matches but seem unable to maintain that form when it matters most.

Despite the fact that the Red Devils have only had one win from four starts at Old Trafford this season, this game should be a banker – kicking off their season from the international-break restart. As is often the case with United, when they are on-song they have a truly potent offensive line, ably supported by a strong-group of goal scoring midfielders.

With this in mind, you wouldn’t be crazy to expect the goals to flow against such a sub-standard Baggies outfit in this matchup.

The game is an important one for United though, and all players on the pitch will need to be on the ball as they head into the upcoming ‘busy’ period as noted by Fred (the midfielder, not the bloke at your local).

In Manchester United team news, the Red Devils will be hoping that their players returning from the international break will have no troubles overcoming the niggles they’ve picked up – ‘funnily’ most of which were lower back strains!?

Alex Telles’ positive CoVid-19 test while on duty with the Brazilian squad has now been cleared up thanks to his follow up test being negative.

Ole Gunnar Solskjaer has let it known at the press conference that of the few players with niggles, it will be up to the players to put their hand up and decide whether they are ready.

Marcus Rashford is hopeful after joining in on the training session, Solskjaer said “He’s worked in the gym and has got treatment… that will be up to him [whether he plays or not]. I think he feels okay.”

The Baggies have so far this season been unable to present Premier League form required to compete with the other 19 teams in the league. Thus, they’re favoured by many to drop straight back down to the Championship. At times they have been competitive, but even their own players realise that they are unable to sustain the efforts for the full 90 minutes.

As midfielder Conor Gallagher said, “We’re happy with our performances but feel we deserve more”.

Unfortunately, a major lack of success away from The Hawthorns suggests they will not get much in the way of points at Old Trafford this weekend. At least West Brom have their positivity to look forward to, right Bilic?

The Baggies have a few minor concerns ahead of this clash but will be hoping that Ivanovic, Periera and Robinson will be fit to face the Red Devils. The players will need to start producing results very soon or manager Slavan Bilic could become one of the first to feel ‘the axe’ this season.

In positive news, you can bet your bottom dollar that West Brom and Bilic will field a 3-5-2 formation against United. It worked well against Spurs last time out – if it wasn’t for that meddling Harry.

If the Red Devils can continue the form they showed after going behind at Everton this should be a comfortable 3 points. Although doubtful that on current form the Baggies will leave Old Trafford with anything to show for their efforts, there have been some upsets over the years in this game.

Despite some concerns, we are confident that this will be a 4-1 win for the Red Devils, taking them into the top half of the Premier League, and leave the Baggies rooted at the bottom of the table.

Have you checked out our Manchester United vs West Bromwich simulation on YouTube? If not, head on over to our YouTube channel and be sure to subscribe so that you don’t miss a moment of the action.

We were a little shocked at the end result in our simulation, let us know your thoughts in the comments.