Prediction and betting tips as Tottenham take on Manchester City at the Tottenham Hotspur Stadium in Matchday 9 of the 2020/2021 Premier League season. 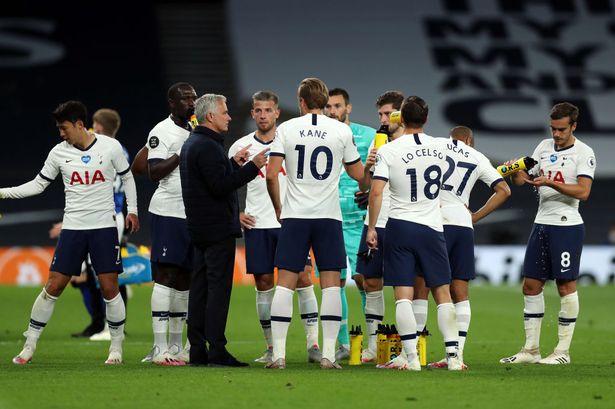 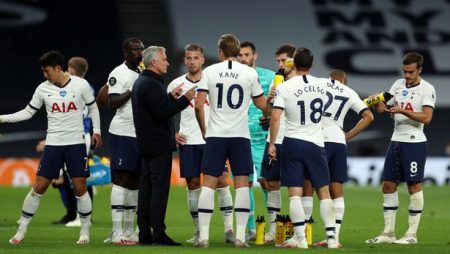 Matchday 9 of the Premier League sees Tottenham vs Manchester City, and here you’ll find our commentary, prediction, and betting tips to help you hammer down a tidy sports bet. Spurts headed into the international break with a 1-nil victory over a dismal West Brom team. Man City, on the other hand, were unlucky to not leave with the bag, settling for a share of the points in a 1-all draw with Liverpool.

Tottenham is progressing well under the special one José Mourinho and will be looking to extend their unbeaten stretch to eight games. If they manage a win here, it will be their first time since February 2016 that the team win their fourth game in a row.

Although the Spurs attack is talented and goals are a given, their defence still appears to be shaky at times. The 1-all draw with Newcastle was thanks to a late mishap, and giving up a three-goal margin to share the points with West Ham is troublesome.

The Man City game does kickstart a crucial set of games for Spurs. Their next four opponents (after the Citizens) include:

There are a few players out for Tottenham this round but overall things are looking well for Spurs. Matt Doherty is heading into self-isolation after returning a positive test for CoVid-19 while away with the Republic of Ireland.

Steven Bergwijn is a wait-and-see scenario, after pulling out of the Netherlands team due to struggling for fitness. Japhet Tanganga is still on the sidelines. At the same time, Erik Lamela is almost recovered from his foot injury but will miss this game.

This is certainly a different feeling City team to those we’ve seen in recent years – even with the lineup staying much the same, 12 points from seven games is underwhelming for a squad of stars.

Man City has also found themselves on the negative end of their stat sheet having drawn three of their previous five Premier League games (only two wins).

Leading up to this string of inconsistencies, City had drawn this many games in their previous 70 Premier League games.

Kevin De Bruyne has not been quite the playmaker we typically expect, and it’s worth considering whether his dip in form can be pinned to anything in particular. Missing the penalty just before half-time against Liverpool was a wasted opportunity to turn the Citizens fortunes around against the Champions.

With the international break coming to a close, Pep Guardiola will be welcoming back a few of his players that enjoyed successful stints for their respective national teams:

It looks like Sergio Aguero will be back in the lineup after missing the last month with a hamstring injury. However, questions are surrounding Raheem Stirling’s match fitness, leaving it to be a last-minute decision due to the knock he picked up while on duty for the Three Lions.

It is unlikely that Fernandinho will be fit for the Spurs game.

We are going against the grain here, as we don’t agree with the amount of emphasis the bookies are placing on Manchester City and Aguero’s return in the final result. While there may be a few out for Spurs, we still think the combination of Bale, Kane, and Mourinho’s managerial prowess will be too much for Man City to control.

We are predicting a 2-1 win for Tottenham Hotspur over Manchester City.

We aren’t particularly fans of the bookies pitching Spurs as the underdog at 3/1 in this one. The draw is trending with the same odds too. City to take home the points at ⅘ was a shock to us.

If you enjoy playing the goal scorers markets, look for the following beauties to hammer down:

We see Harry Kane scoring at 11/8 as a lock, making it our go-to betting pick for the game.